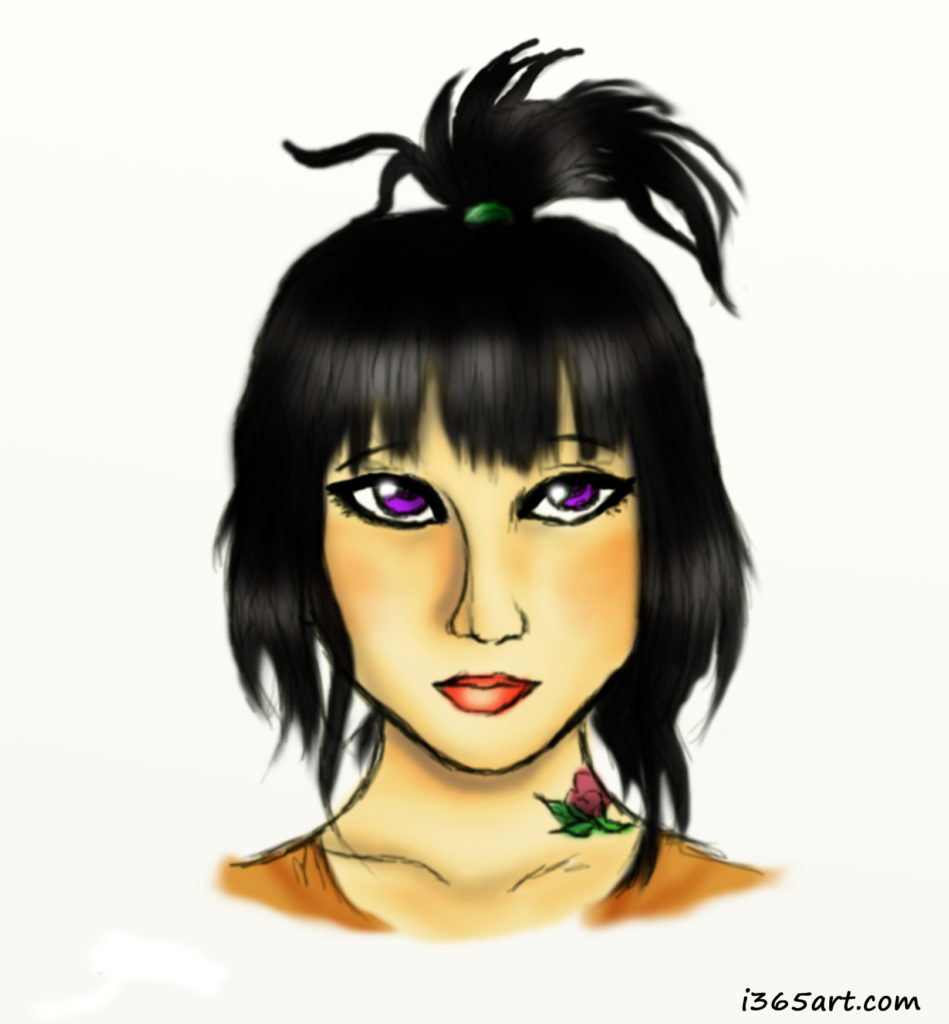 I have been extensively working on my web comic lately. I don’t know what’s gotten in to me lately, but I’ve been extremely excited about working on my comic lately. Today’s drawing is of a character that I will be including in my comic in the near future. Her name will be Freya. I won’t really go in to the details on her role in the story, but she will play a very pivotal role which will effect the protagonist’s future pretty much.

I designed her last year but I’m just now getting around to remaking her appearance. I wasn’t quite happy with how she looked initially, she had blonde hair. I don’t have a lot of dark haired characters in my story so I decided to go with black hair in the end. I’m looking forward to Freya’s introduction to DeadFingers, as it will be a very interesting and intricate time in the story!

I do admit that I made her eyes a bit large. Once she appears in the story, I’ll most likely tone her eyes down some xD! I wanted to give her the “dear under headlights” or the “sad puppy dog” type of vibe. In short, I wanted to make her look somewhat innocent and youthful.