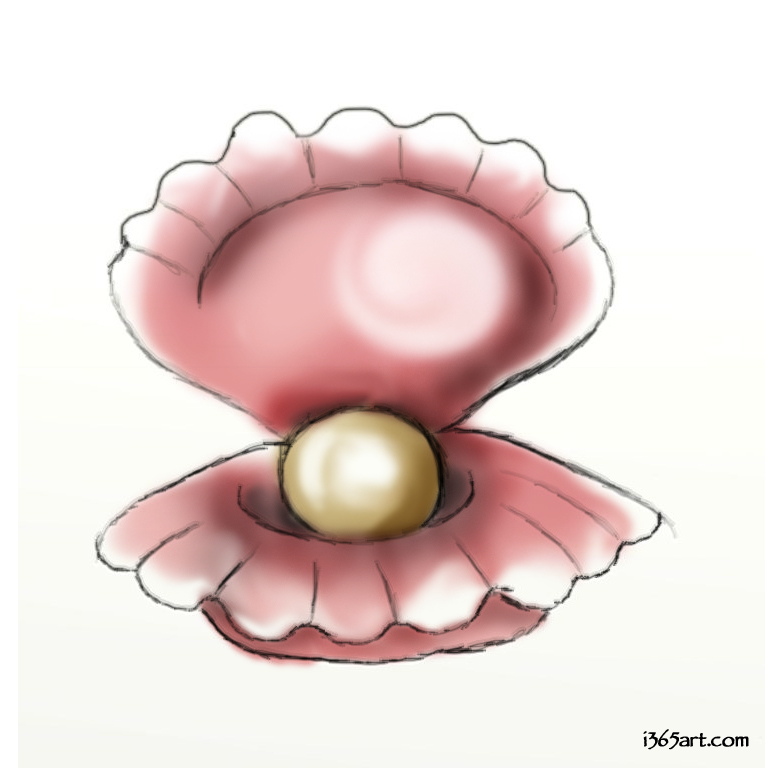 Wow, this is the first time i’ve posted this early in a long time! Yay! Thank god for the weekend! I’m starting to work on my resources page again. I’ve all of a sudden been inspired to work on some outside tutorials again for a change :3. I had a lot of fun doing those and I met a lot of interesting people along the way as well.

Today, I decided to draw this picture of a clam with a giant pearl inside of it. I’ve always had a bit of an affinity for shiny objects (like pearls). I’ve never actually seen a pearl lodged in a clam in person before, and although their pretty, I can’t help but think how weird it is that we like pearls so much.

Pearls are just big balls of calcium carbonate formed from sand. I guess it’s all about the beauty and appearance of the pearl. But man, that’s weird xD. Sorry for the random rant on pearls but I just had to get that out. It’s been bugging me for a while now :p.

I’ve been doing some more writing lately as well. I’m actually taking the time to write out the rest of the script my web series as well. I’ve had to freehand write several times because I didn’t have the time to write up anything for all the new pages I made. I somehow have a ton of time this weekend, no idea how that happened :s.