Day #194 Crashing Of The Waves

by ducky75 | Sep 23, 2012 | Backgrounds and sceneries, Nature and animals, Uncategorized 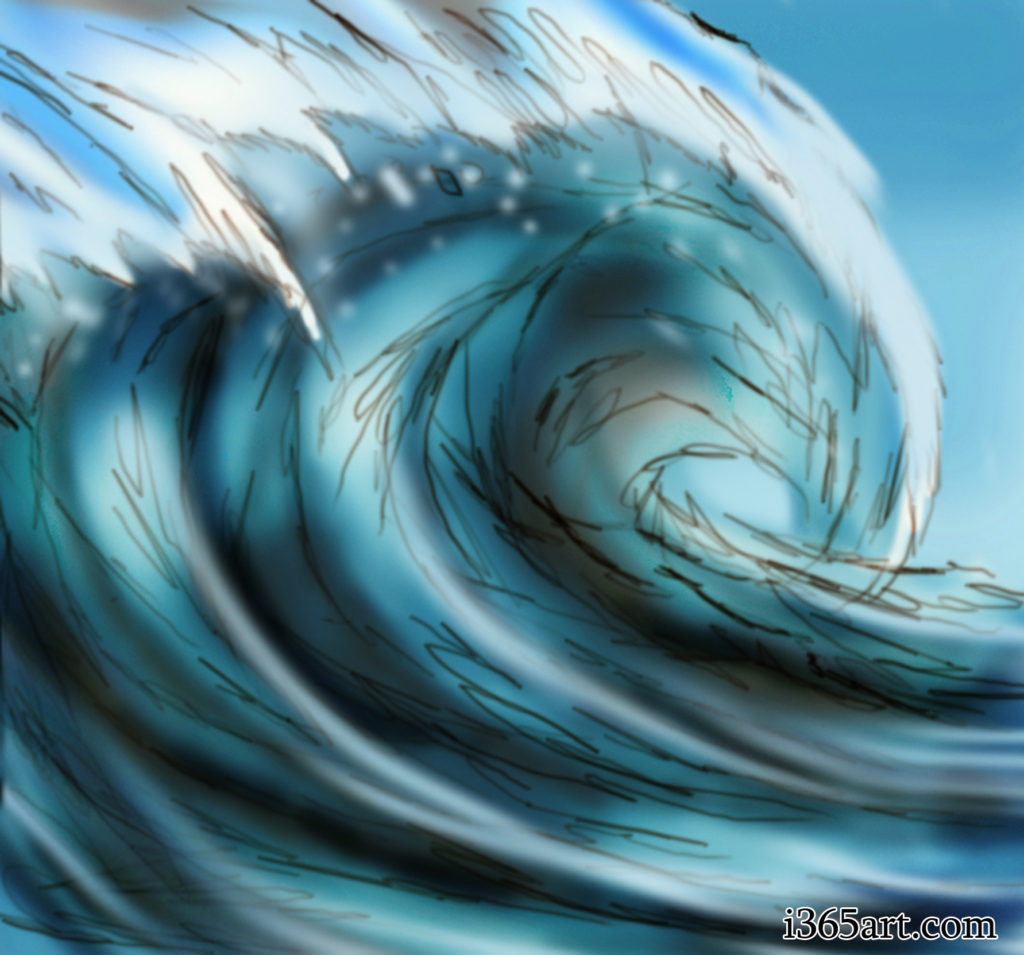 Yesterday was a somewhat relaxing day for me. That’s the least I can say for today though. I’ve pretty much been scrambling all day, writing some new art tutorials, working on comic strips, finishing up commissions and just generally trying to get everything ready for Monday. It feels like there’s just no end to this craziness x.x.

Well, I did manage to squeeze in a daily drawing at least! If you can’t really tell, it is supposed to be waves crashing out in the middle of nowhere. When I first started drawing this, I was going to try to put in a small boat somewhere in the picture, but that would have just sucked for the boat xD! A giant wave coming its way with no way of escape. Who knows, maybe i’ll throw in a boat someday. I was mostly trying to focus on the mixed colors within the waves. This was pretty much a very quick sketch but I still like to presentable at least.