Day #192 My Recently Made Character Sheet

I hope you guys enjoyed yesterday’s Talk Like A Pirate Day! It was so much fun pretending to be a pirate for a day :3. Today’s drawing was not originally supposed to make it to today’s blog post. I was just messing around with this one, I don’t usually like to post my incomplete/rough sketch book stuff but I myself wouldn’t feel right if I didn’t post this. I just had too much fun with this to not write about it today :3. 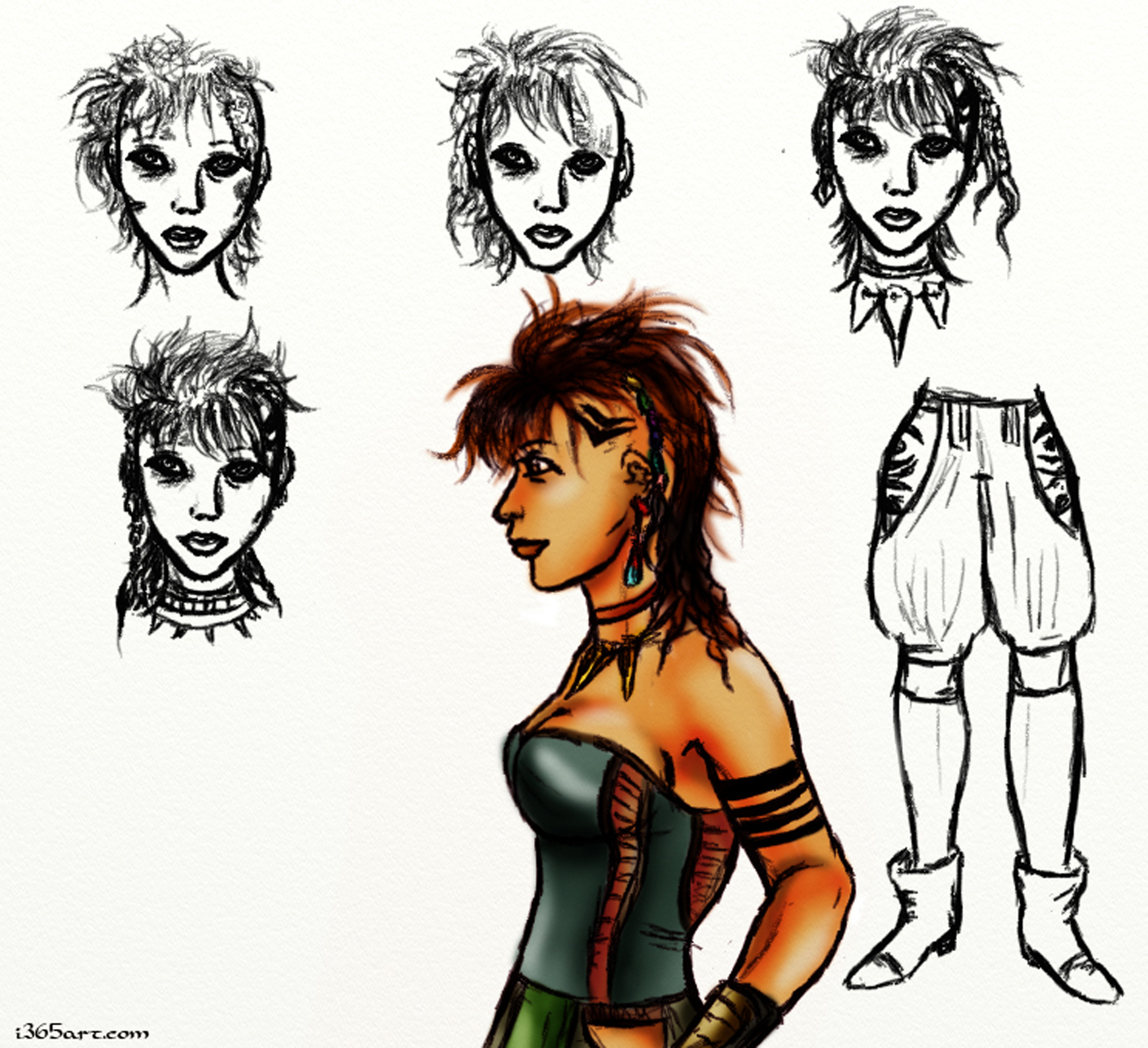 This is actually a preexisting character from my ongoing web series that I am still somewhat developing. I’m always a little bit unsure of what I want her to look like in the story. I’ve just been having some trouble really finalizing her design is all xD. The only thing I’m really sure of at the end of the day is that I’d like to incorporate both punk/tribal styles. I gave her a ton of tattoos on various parts of her body (arm, head, legs etc.) as well.

I admit that I made her look a little bit more masculine than I intended to. Don’t get me wrong. I wanted her to be bit androgynous in appearance and a bit “tomboyish” by nature, but I think I made her jaw line a bit too strong in the black and white sketches. I’ll probably keep her looking this way until further notice since I like it for the most part.

These were originally going to be just a black and white sketches in the beginning, since I was just brainstorming when I made these. But you know me xD. I LOVE color. I like at least some color in my drawings. Come to think of it, I think I wanna start drawing more of these sporadic character sheets in the future. I’ve got a bunch of characters in my mind, existent and non-existent, that I wanna get down on paper eventually. :]