To start off, I just wanted to mention that I am somewhat excited about landing a modeling gig! As you all know, I attended the Comikaze Expo this past weekend along with my best friend and fellow C3 co-founder Ginger (GNB). Although we didn’t get a chance to see each other at the con, due to the fact that there were thousands of other people there, she was able to  make some connections while she was there. In the process, our group C3 was invited to attend the upcoming Designer Con in Pasadena next month. Designer Con is a convention specifically for designers and artists alike. This will be my first time attending the convention actually.

You guys may be wondering if I am am undercover model or something. I guess I could say that I am, as I have done quite a bit of modeling in the past (cosplay related most of the time!) I’m pretty excited about this because I get to do this with my best friends in the world most importantly and it’s a paying gig + food! Who can go wrong with that? xD 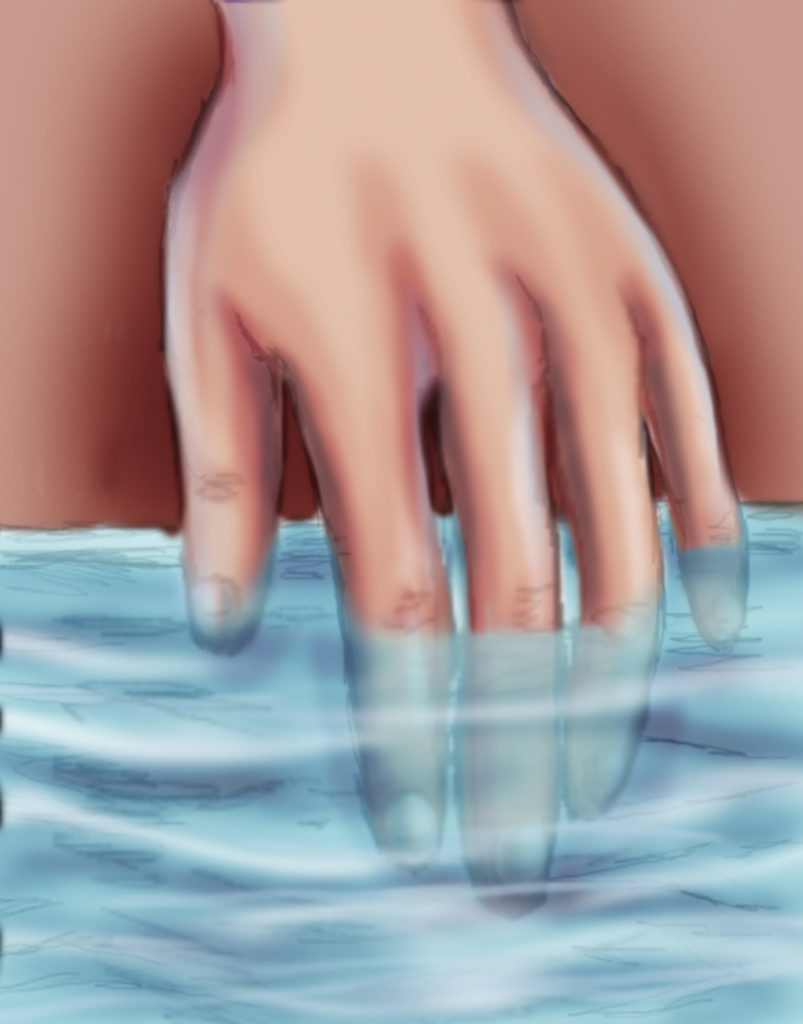 As far as art goes, today’s daily drawings are somewhat related to my webcomic DeadFingers. It’s from one of my panels but I actually took the one panel and just worked with it some more. If you have noticed, you have seen that my comic art is not really something I spend a large amount of time working on. I wouldn’t say the art is horrible or anything but I use a different art style that isn’t  recognized on this blog.

I basically worked with an already existing panel and just made the drawing of the hand and water look smoother and more detailed. I tried not to make the pencil lines as noticeable as they usually are. I wanted to make this look a bit more like a painting and not just an airbrush.

While I was at it, I also drew an illustration of movement in water. The appearance of something dropping in water and having that after effect. To be honest, I really enjoy making illustrations that have water in them. Water comes in so many different colors and tones, and it’s just fun to work with water elements in my pieces :3. This isn’t really my best, as it’s not really that realistic looking. But I did enjoy shading in the colors quite a bit.