Day #175 Can’t Quite Get A Grasp…(Drawing Inspirations) 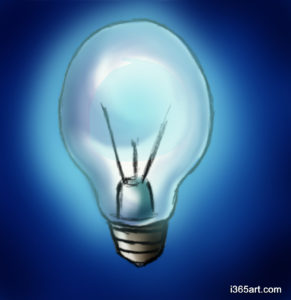 If you’re an artist, you will probably be able to relate to today’s post on some levels xD. Have you ever had that feeling where you have this really awesome idea in your head but you can’t quite figure out how to get out on pencil and paper? Or when you’re pumped up, motivated and ready to draw something, you got your pencil/paper/tablet pen read but then you just sit there, unable to draw anything at all? I went through that this morning, it was the most painfully frustrating thing that has ever happened to me! :S

The previous scenario is even more frustrating than the latter, and i’ve been going through it for like a week now. But it was completely amplified today :s. I tried to think of a theme for today’s blog post but I honestly wasn’t able to get it on paper. I was originally going to go for fairies or something related, but then I couldn’t figure out how I was going to draw them. This is a common problem faced by artist but it bugs me to the core for some reason xD. I guess it’s because I don’t like to waste a single minute throughout my days.

On a side note, I was thinking up ideas to implement to my webcomic in the future. I got to a point where I was just sitting in my room brainstorming for HOURS. Previously, I took an extended hiatus from my web comic due to life issues, about 5 months or more. I returned to updating my webcomic again Early this year and I felt like it wasn’t quite what it once was prior to my hiatus. So now, I’m just trying to think of ways to improve the story basically. :3 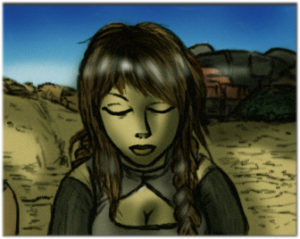 This morning, I found myself rewriting like half of the story line that I created a couple of years ago because I was no longer happy with my old writing style :s( I’ll be honest, my writing skills are not all that great. I’m not a very good writer, I just like to write stories :s). At the moment, i’m feeling pretty optimistic about the future of DeadFingers :3. I’m hoping to get it down completely right this time. I just hope that I don’t look back in another few years (like I always seem to be too good at doing :s) and think ‘what a mess’! xD

Not sure if I mentioned this yet or not, but i’m working on including more merchandise to I 365 Art sometime soon. It’s just a matter of choosing the right graphics to place on my merchandise as well as what kind I will be selling as well.

On a final note, here is a drawing of a goldfish that I made this afternoon. I have a special place in my heart for pet fish. I was a little sad a few days ago when I discovered that these fish that my boyfriend had died suddenly. I used to love observing them in their tank and seeing them come up at me every time I looked at the from the outside. I won’t say too much about them because it makes me said, but it just goes to show how short of lives they have x.x I get attached to animals so quickly and I usually get completely crushed when something happens to them Dx.