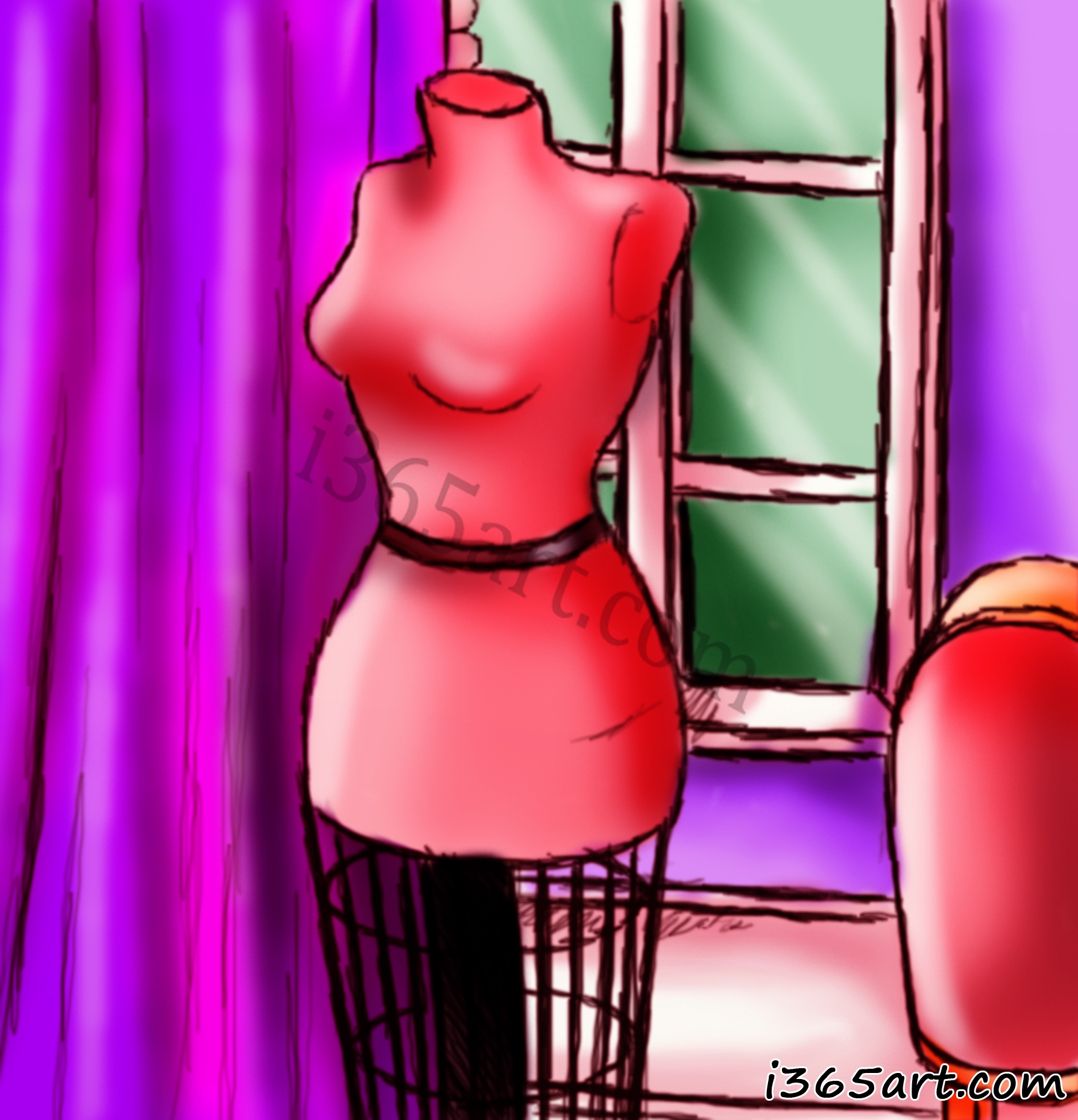 As I said in yesterday’s post, I wanted to show you guys what I’ve been working on lately. I wanted to draw something that had to do with dress forms, dressing up etc. since I just got back from a cosplay event in Vegas. As you guys may know, I make cosplays for fun. I’ve been sewing costumes and such for about 2 years now, all self taught. I’m not an expert at costuming or anything, but I can say that I know how to cut fabric and use a sewing machine quite well :D.

I’ve said a few times that I wanted to take some pics of some costumes I made and post them to the blog, but I am a little camera shy xD. Ironic, considering I take hundreds of photos at conventions :s. It’s because I’m not the only one in costume. But I guess it’s about time that I do that :s Hehehe.

Here is one of myself in a harlequin costume that I made a few months ago. It’s my most recent cosplay that I created. Unsurprisingly, I scared a few people at the Anime Expo when I wore this o_o I guess some people have clown phobias, but I quite like this costume. There is nothing scary about it in my opinion and i’m pretty damn scared of traditional clowns xD.

But yea, anyway xD…this is a subculture that I participate in quite frequently. I’m not sure if this even relates to today’s post but I hope you like it anyway :3.