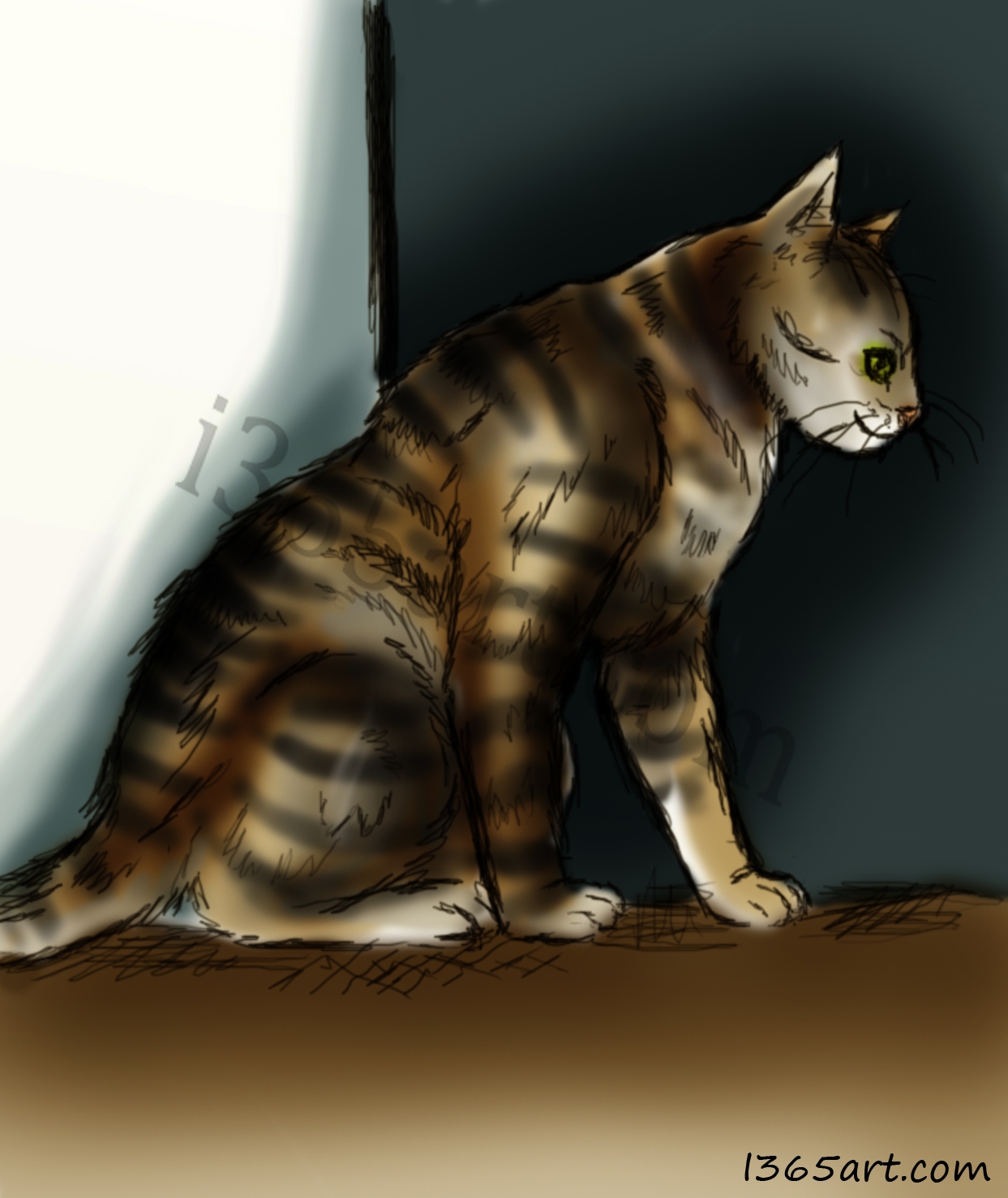 Yeah, it took me a while to actually get this up. Life happened I guess. But I really do want to gt back to posting regularly like I used to :s. I might be going to another convention next month (big maybe). It’s supposed to happen in Las Vegas, it’s called Animegacon. It’s a maybe for me because I’m not really sure if my group is entirely up to going. A few of the girls have schedule conflicts and the less people who go, the more the remaining folks will have to pay out of pocket. xD

So yeah, I finally got around to coloring the Jake sketch I made several days back. I tried to get his stripes and colors as accurately as possible with this one. Since I couldn’t get him to stay in one area for very long (he got distracted by a spider!) I had to use a photo I had taken of him a while back. 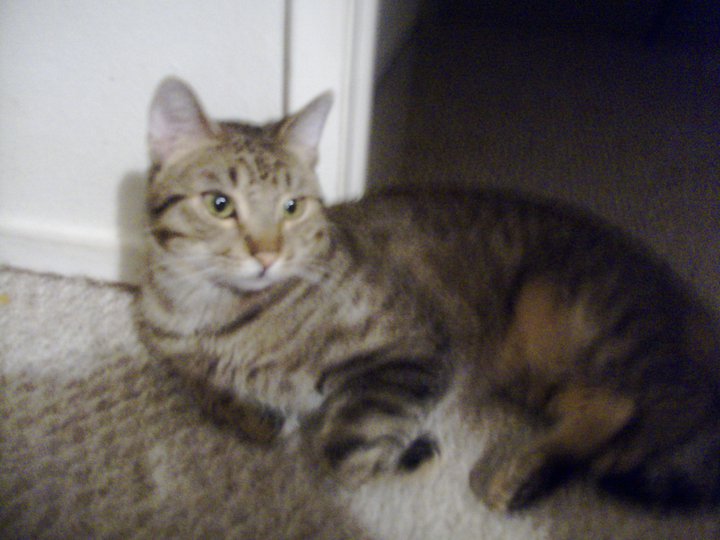 He’s a full grown cat, he’s just built small. He was the small one of the litter, or so I was told xD. Jake is a really sweet, calm natured cat who likes to play. He’s friendly to pretty much every body xD. He’s super curious and I always wants to know ‘what’s up?’ xD.

The photo above is the one I used to reference his colors off of by the way.