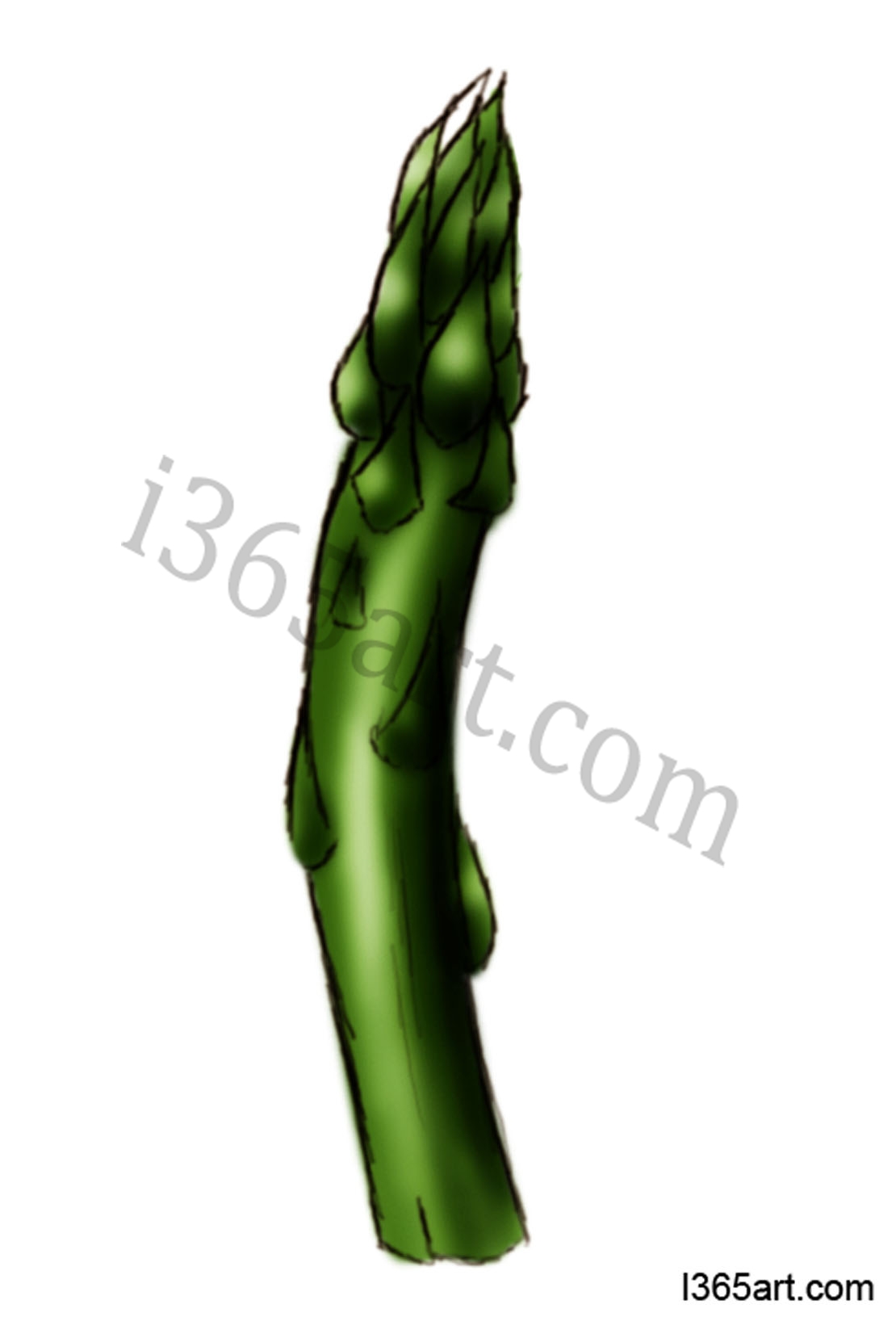 I felt like drawing some type of fruit or vegetable today since it’s been a while since I’ve posted any food related daily drawings. In fact, I think I want to focus on some food items for the next few days actually xD. Not only are they easy to draw, but they don’t take a lot of my time during the day. This weekend is convention times again, so I’m kind of working on some buffer illustrations for when I’m gone.

One thing I noticed about this asparagus stick I made was that it looks a little bit more green than a real one does. Or at least I think so :s. I didn’t want to draw it just standing up straight, so I gave it a little more character by giving it a slightly curved appearance instead. At first, I was going to draw about 3 or 4 extra asparagus sticks but felt I only had time to draw just this one.

So yea! I’m going to be heading to Anime Expo this weekend with my boyfriend. I do plan on cosplaying once there ^^! Maybe I’ll post pics after the fact.