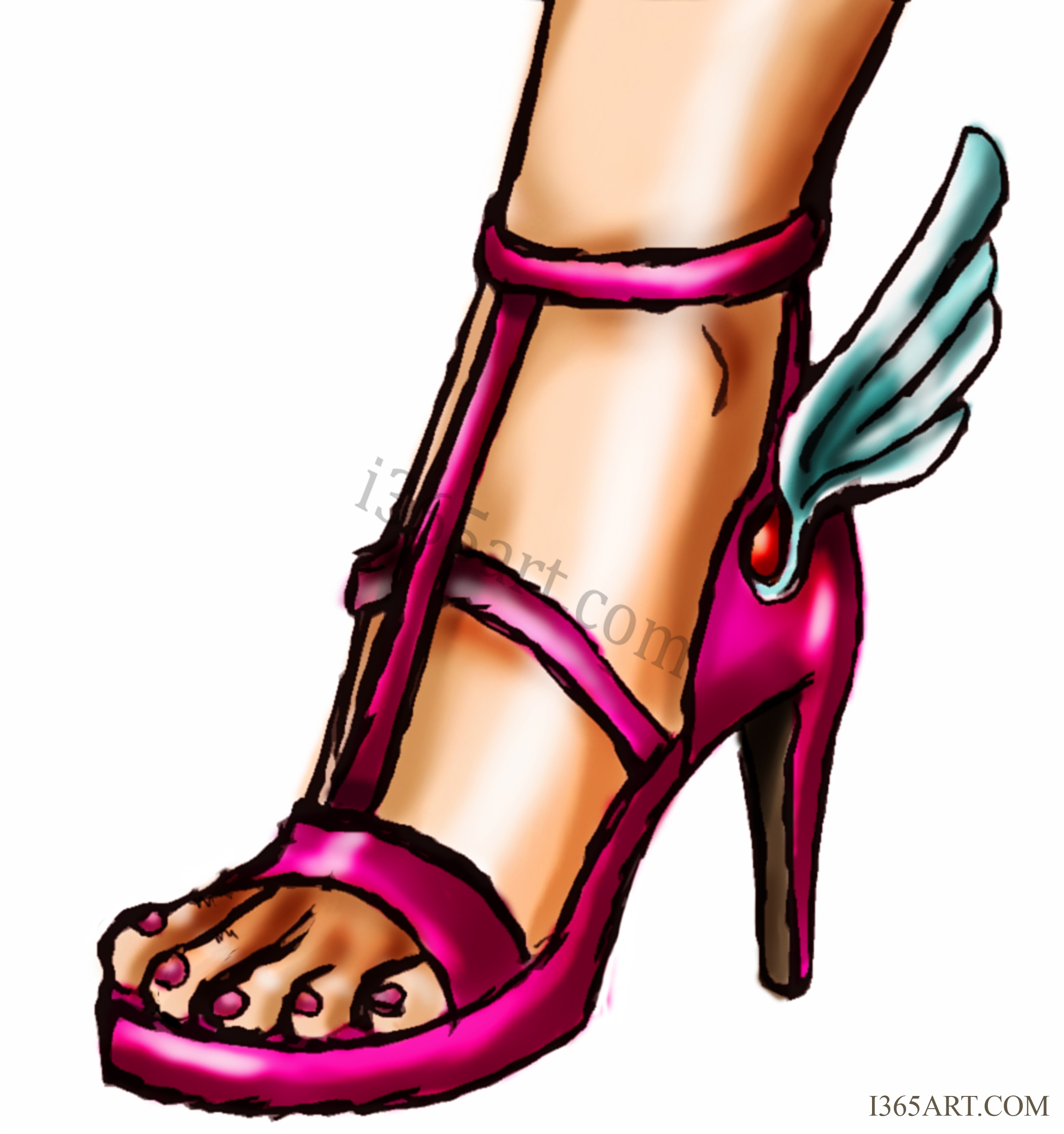 Okay, so I had this less than normal dream last night that I acquired a pair of magic stilletos with wings on the back of them. If I jumped up, I would leap high in to the sky (don’t ask, I didn’t make this up xD) or have the ability to fly. In that aspect, it kind of reminds of the old Super Mario games xD! I really don’t know where else the thought of this came from since I wasn’t thinking of flying shoes before bed last night. I guess I just have an overactive imagination (who would of thunk :p?)

So of course, I got on my computer and began drawing up the concept from my dream. The thing that stood out to me the most in the dream was the little wings on the heel of the stilletos. They had little gems lodged at the bottom of the wing. This was a lot of fun to make because it was both girly and thought invoking :3.

In other news, I am getting ready for finals soon. I’m excited because summer is nearing, but I’m also worried because I wanna get good grades xD.