Day #54 Hope in the Horizon 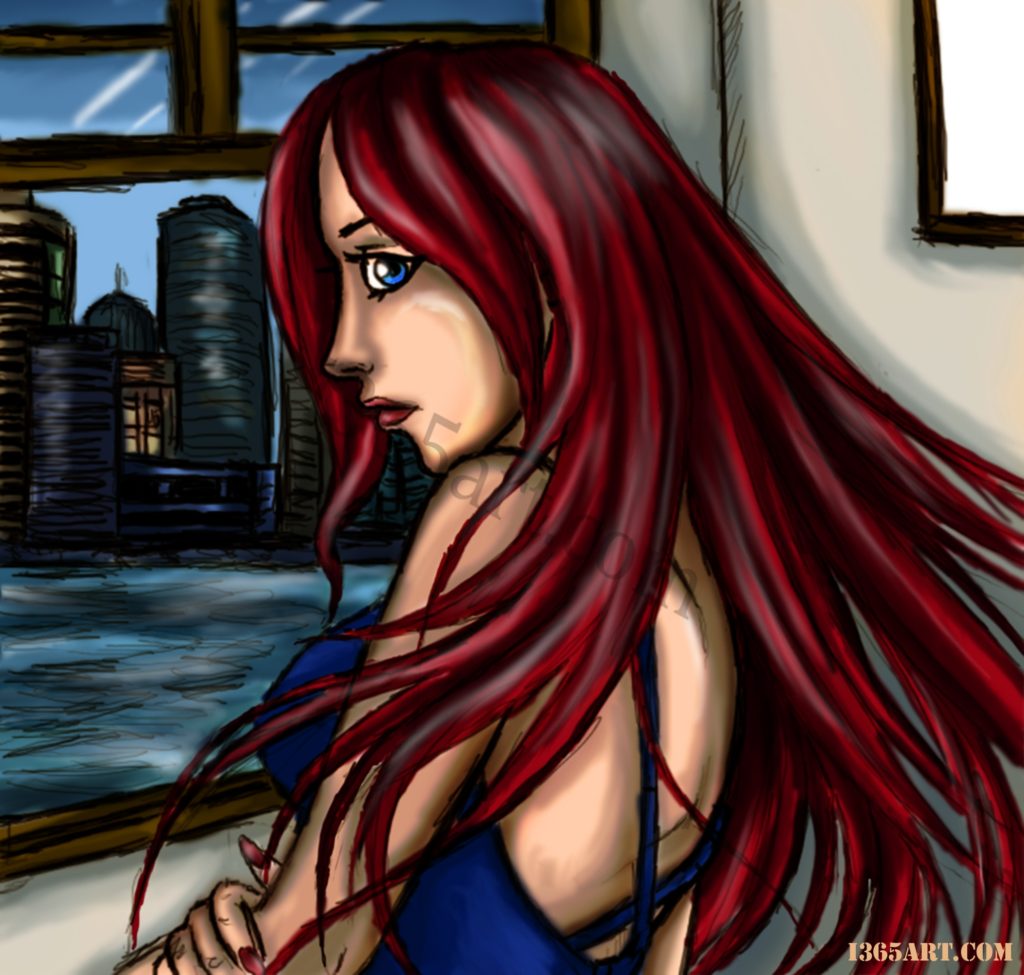 I thought that the title for today’s drawing was a bit more suitable than the one I used on yesterday’s blog post. I guess now that I colored it, my judgement is a little less skewed xD.

So yea. Last night, I celebrated my sister’s birthday. She turned 30 years old and she doesn’t look a day over 15! So we basically celebrated by going out to lunch, heading off to get ice cream and other treats and we bought some $2 DVDs from the Block Buster that was closing up by our house. I guess despite the fact that she is now 30 and I am on my way to 30 in a few years, we just can’t lose the eternal child that’s inside of us. After all, you are as old as you feel!

Anyway, I finished coloring the drawing from yesterday. The hair was the biggest challenge here, but damn it was a lot of fun! I felt the need to give the girl some crazy, bright red hair. Believe it or not, it was going to be brown in the beginning. I tried out some new color shading techniques on the hair and I think they came out alright! Off in the distance in this illustration are some futuristic skyscrapers.

This entire painting took about 3 hours. I took a couple of breaks in between or else I might have been done sooner. Me and my A.D.D. xD!

Also, this is really awesome! Caricature artist and blogger Ali. R. Thome has nominated I 365 Art for the Kreative Blogger Award! Thanks again Ali! I never heard of those awards before but that is just awesome :3! I’ll be nominating other blogs tomorrow now that I know about this ^^!