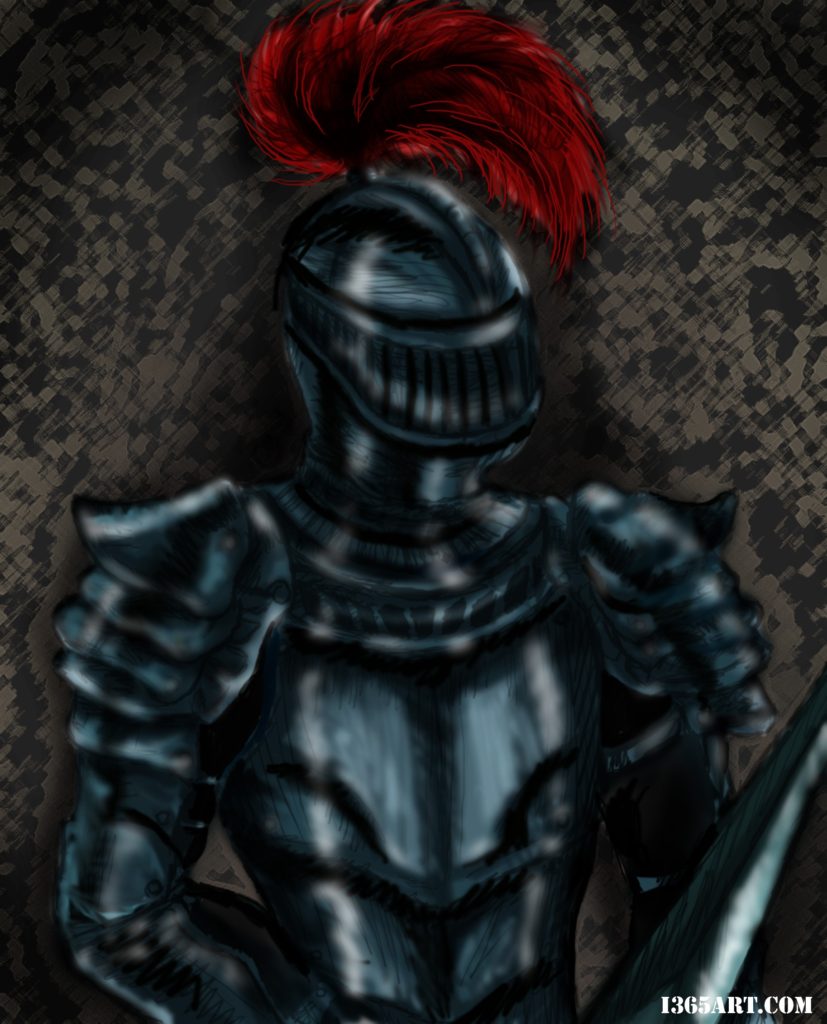 I overslept today because of the time being set forward, so I’m just now getting around to posting the completed knight drawing to the art blog. I originally had this finished last night but yea, you know the story xD! This is the same knight from yesterday except he is in color now. I did  a lot of experimental stuff with this in Photoshop if you haven’t noticed.

I of course painted the knight’s armor a little darker than I originally intended to. I thought that a more darker looking knight would look more intimidating and cooler looking. The digital painting process took around 2 1/2 hours because I couldn’t make up my mind xD! I might actually remake the background and draw in a castle scenery in the future instead. I only had a day to draw this so that’s why I didn’t go all out on the background. This isn’t really the best but I figure it’s practice xD.

Also, I’ve been thinking. You know how sometimes I make a sketch of something and don’t post the finished artwork until the next day? Would the finished product still be considered a daily drawing? I thought that instead of making a drawing everyday, sometimes I could just post the progress of one drawing within the course of 2 days. Not only does it give you guys an insight on how I colored my art drawings but it also gives me a little break from the drawing board I guess.

I’m gonna be away for a whole week at the end of the month, so I guess I better start figuring out how I’m going to make enough posts/drawings for 7 days, hehe! Why do I always put myself in a fix like this?

Also, I included a remake of a previous tutorial I created in the past. It’s a tutorial on how to draw an eye. It’s a pretty easy one and if you’re interested, feel free to take a look at it as well as some of the other tutorials. Take care guys!