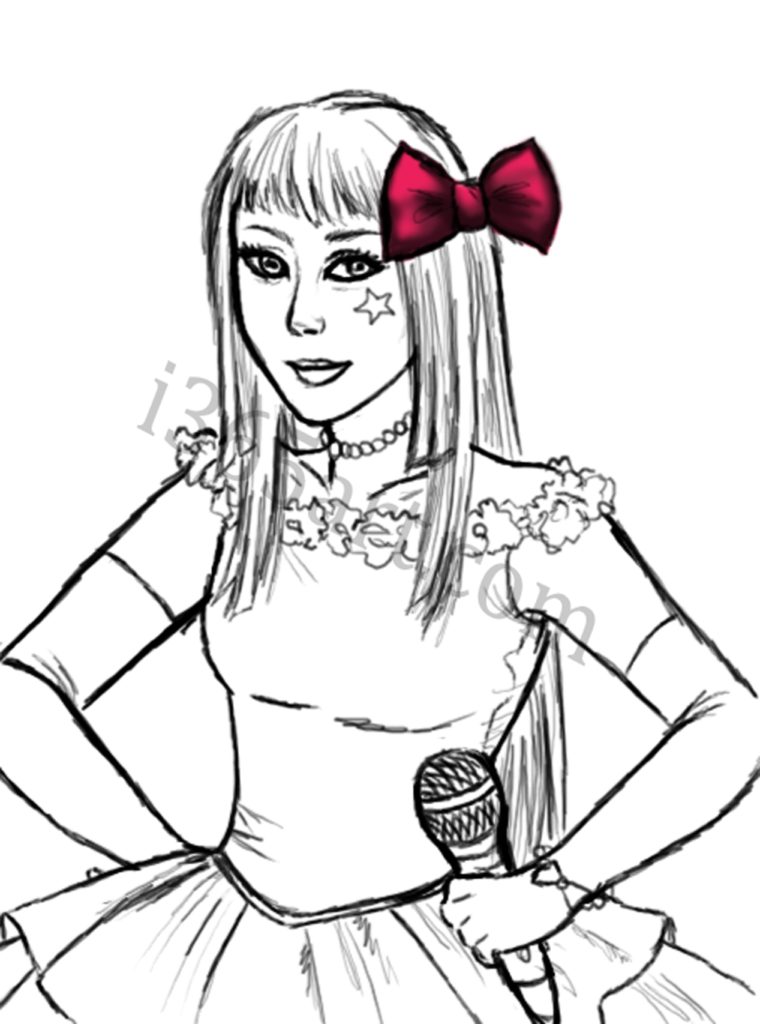 Before I discuss what’s going on with today’s drawing, I just thought i’d tell you all about the list of art tutorials I’m slowly compiling on to the site. The links on the resources page will be removed eventually so enjoy them while they are there. Also, I’m most likely going to be changing the layout some, replacing the blank background with something else and changing the logo drawing as well.

Other than these changes, that’s pretty much it for now. I don’t want to change the site up too quickly or too dramatically xD.

So for today, I decided to start on a picture of an original character, a  singer/songstress that came out of the top of my head. I have a lot of friends who are in the whole Lolita scene these days, so I felt kind of inspired to draw this because of them ^^;! I’m not so much a lolita fashion person, but I do like some of the pretty lolita dresses I see from time to time.

I first started seeing a ton of girls dressed in Lolita garb when I started going to anime conventions a couple years ago. I first started hearing about the genre back when a Jrock group called Malice Mizer began to grow popular in the states back in the 90s’. A guy in the group named Mana was the one who sort of introduced me to it. He used to dress up as a Lolita and was easily able to pass off  as a woman, until he started speaking of course! xD

Anyway, I didn’t have enough time to paint this in so I’ll most likely finish this up probably later tonight! This is going to have a ton more colors and detail than the recent ones I’ve been posting so I will need more time. Will have the finished painting by tomorrow!