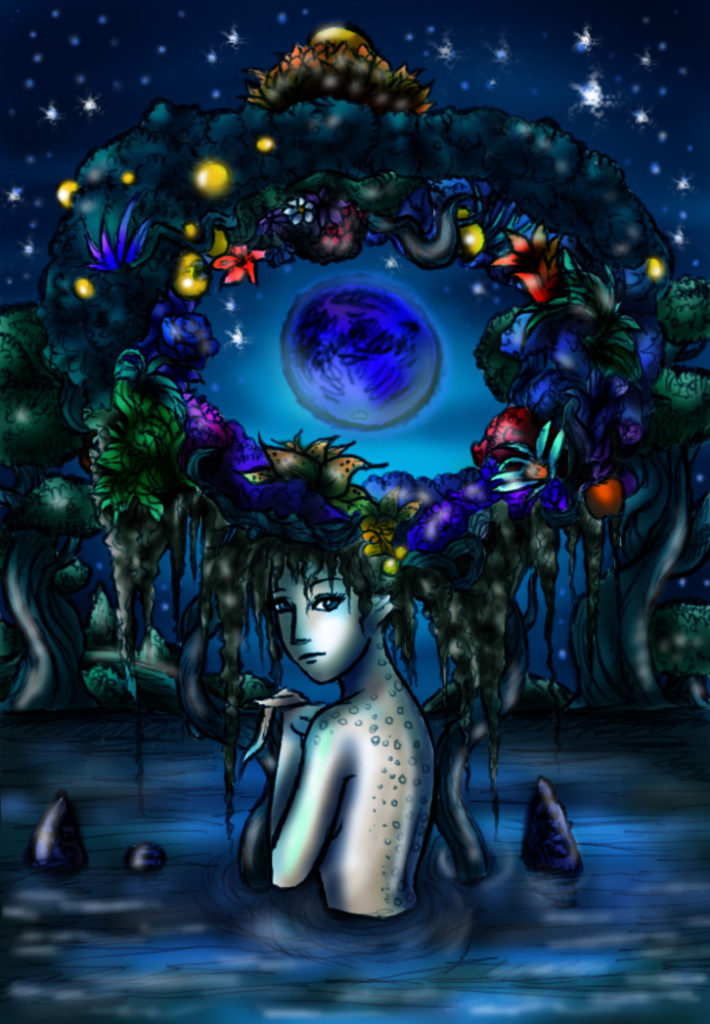 It seems like as each day goes by, I feel inspired to create something more detailed than the last drawing. Surprisingly enough, I was actually feeling pretty down due to a stomach ache this morning when I started working on this one. I guess that kind of explain why this one has so much blue in it. Making this really brought up my spirits tremendously!

This image basically demonstrates and represents raw nature. I felt like making something really exotic this time around and I hope I was able to accomplish that with this image. The character’s hair is tree like and has a bunch of different flora and greenery in it. The moon brightly peaks through the mangled brush in this image.

This was a lot of fun to make but I probably won’t be making things this detailed every time. I had a lot more time on my hands to experiment and make this exactly how I wanted. Tomorrow is going to be a bit of hurdle. I’m going to be attending a friend’s birthday party in the night time so i’ll have even less time than usual. I’ll try to make something birthday themed just for the day probably.